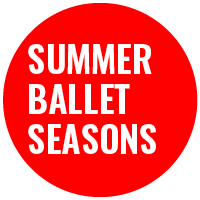 The theatre has its own symphony orchestra (over 100 musicians), opera (75 singers) and ballet (60 dancers) companies, as well as own professional chorus, working together under the General management of the theatre.

All the soloists and musicians have higher musical education – they graduated from the Moscow Conservatoire and other higher musical establishments of Russia. "Voices of great strength and rare beauty of the singers of the Moscow State Opera and Ballet Theatre named after Natalia Sats combined with perky recreation of dancing images came out as a surprise for audience", – wrote the German newspaper "Nachrichten" about the theatre's performance when it was on tours in Germany.

The theatre was founded in 1965 by the world's first female opera director, worldwide famous Natalia Sats – women of legendary fate and incredible deeds, "the mother of children's Theatres throughout the world". During her long life she organized 6 theatres for children. Daughter of Iliya Sats, composer for Stanislavsky's Moscow Art Theatre, she raised in the circle of some of the most distinguished Russian artists. After Natalia Sats death theatre went through a difficult time. But theatre survived, kept its audience and stayed in the perfect creative shape.

A new chapter in theatre life began in 2010 when new artistic director, the State Prize of the Russian Federation Laureate and the Golden Mask Prize Laureate Georgiy Isaakyan started in this position. The main idea of the artistic renovation was to present to the audience the greatest opera and ballet music of different periods, to speak to the new generation of the audience on the language of contemporary art.

The theatre is carrying out an important and necessary mission – to bring true art to all kinds of the audience, to help them not just to listen to the music, but also to feel in it beauty and kindness captivating their imagination and enriching the growing and developing characters of a personality with staunchness, love for beauty, ability to listen attentively to the images of musical art, to acquaint people with the musical culture.
ЛЕТНИЕ БАЛЕТНЫЕ СЕЗОНЫ 2022
ЛЕТНИЕ БАЛЕТНЫЕ СЕЗОНЫ 2022
Наверх
© Все текстовые, фото и иные материалы, размещенные на сайте, защищены законами РФ об авторском праве. Полное или частичное распространение, копирование или использование материалов сайта возможно только в случае указания ссылки на первоисточник статей или иных материалов.

This web-site is made by Scruples Branding design bureau